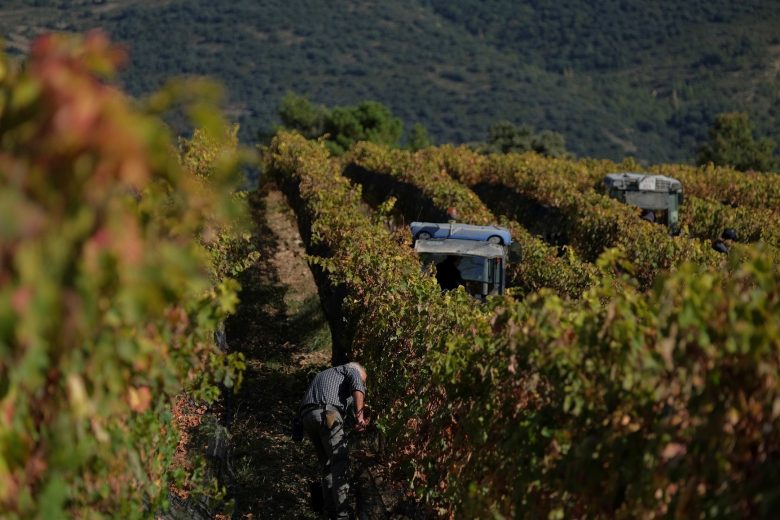 Familia Torres concluded the harvest of its Catalan vineyards on Thursday, October 15th, with Pirene. This ancestral variety grows in the Sant Miquel de Tremp vineyard at an elevation of 950 meters in the foothills of the Pyrenees in the province of Lleida. Pirene is one of the pre-phylloxera varieties recovered by the family-owned winery. This late-ripening variety is both heat tolerant and drought resistant, making it a promising solution for a changing climate. Pirene has proven particularly well suited to high-altitude viticulture, which is gaining ground as temperatures rise, because of the quality of the fruit and freshness of the wines.

The harvest concluded a few days earlier than last year, even though it started more than a week earlier, on August 19th, due to high summer temperatures and early budbreak. This year’s harvest was technically complex and influenced by weather conditions during the grapevines’ growth cycle: the warm winter caused the vines to bud early and exposed them to frost in March, especially the vineyards in Alt Penedès. Abundant rainfall in spring led to downy mildew, which caused a decrease in crop production that was further aggravated by the summer drought.

Most of the grapes from the Familia Torres vineyards in the Penedès, Priorat, Conca de Barberà, and Costers del Segre appellations of origin arrived at the winery before September 30th. This early date, brought on by the effects of global warming, sets a historical record for the winery. During the first half of October, the winery finished harvesting its late-ripening varieties and vineyards in cooler areas. This included the Mas de la Rosa vineyard in Priorat, the ancestral variety Forcada in Alt Penedès, and Pirene in Tremp, which brought the harvest to a close.

For eight weeks, the viticulture and winemaking teams at Familia Torres have worked diligently to select the very best fruit, both in the vineyard and at the winery. Together with earlier efforts at minimizing the impact of downy mildew in the organic vineyards, this has resulted in a good-quality harvest despite the low yields, which in some areas are down 30% compared to last year. In addition, the harvest took place during the pandemic, which meant implementing rigorous safety measures to protect people’s health and ensure an uninterrupted harvest.

“This has been an unusual year in so many ways,” stated Miguel Torres Maczassek, General Manager of Familia Torres, “But we are satisfied with the harvest and the quality of the initial wines.  Once again, an ancestral variety – in this case, Pirene – brought the harvest to a close, which shows the potential of these varieties when it comes to facing a future shaped by climate change.”

Familia Torres founded its winery in Vilafranca del Penedès in 1870, 150 years ago, but its roots in the winegrowing traditions of Penedès date back to the 16th century. Every generation has passed on its passion for wine culture from parents to children, a passion built on a deep respect for the Earth and tradition, as well as a belief in innovation. Today the focus of the fifth generation is on making wines from exceptional vineyards and historical estates, as well as on recovering ancestral varieties as a way of adapting to climate change. Since 2008, Familia Torres has taken active steps to combat the climate emergency, implementing adaptation and mitigation measures to reduce its carbon emissions. Familia Torres has a historical connection to Penedès, Conca de Barberà, Priorat, and Costers del Segre, but now its presence extends to vineyards and wineries in preeminent Spanish wine regions – Rioja, Ribera del Duero, Rueda, and Rías Baixas – and in Chile and California. Familia Torres is a member of Primum Familiae Vini, an association representing 12 of the oldest and most prestigious wine families in the world, and it is the founder of International Wineries for Climate Action, which promotes the decarbonization of the wine sector.