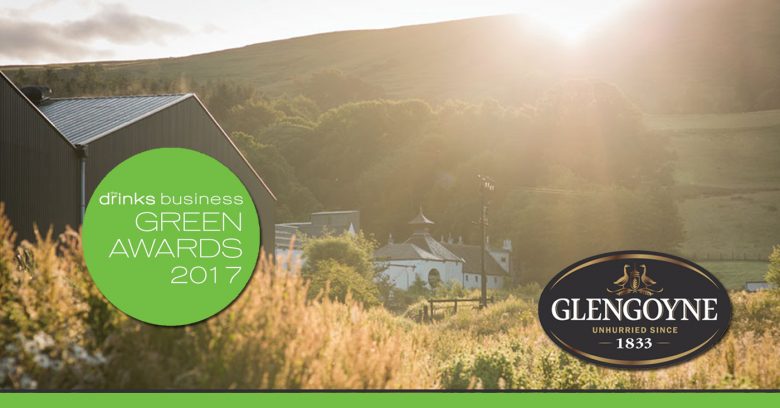 At The Drinks Business Green Awards at The Ivy, London on 20th November 2017, Glengoyne Distillery was given the Amorim Sustainability Award for Spirits. The outstanding achievement recognises Glengoyne’s efficient and sustainable practices which reflect the distillery’s drive to improve upon its environmental impact.

What does Glengoyne do to be ‘green’?

Wetlands
• Glengoyne Distillery has 12 individual wetland cells containing around 14,000 plants of 20 varieties. Plant species are continually colonising including marginal plants such as Skullcap and Water Figwort.
• Glengoyne was the first distillery in Scotland to trial the wetlands with an initial investment of £170,000 and is the official whisky sponsor of the Wildfowl and Wetland Trust (WWT).
• Glengoyne’s reed beds are used to filter and cleanse the effluent from the spirit stills and dispose of it environmentally.

Pot Ale Tank
• Our specially built Pot Ale Tank for the wetlands cost £55,000 and boasts a two-week storage capacity. It helps to separate the spent lees; boiler blowdown and washing waters. It also helps to remove around 33 cubic meters of waste daily, reducing total waste output by 25%.
• This consequently reduces waste transport – around 21 transports per week are not required.

Plan Bee
• Our collaboration with Plan Bee continues. CEO of Plan Bee, Warren Bader says, ‘the hives are doing exceptionally well’. Around 65kg of honey was produced this year and is sold in the Glengoyne Distillery Shop.
• The colony from our hives is well established and is contributing to the recovery of the local honeybee population.

WWT
• Glengoyne invests £5000 per year in a sponsorship of the Wildfowl and Wetlands Trust. This year’s sponsorship funds for have been used in research into saving the endangered Greenland White-Fronted Goose which is being tracked reaching its migration ground in Western Greenland.

Renewable Energy
• The distillery has been using renewable electricity since September 2013.