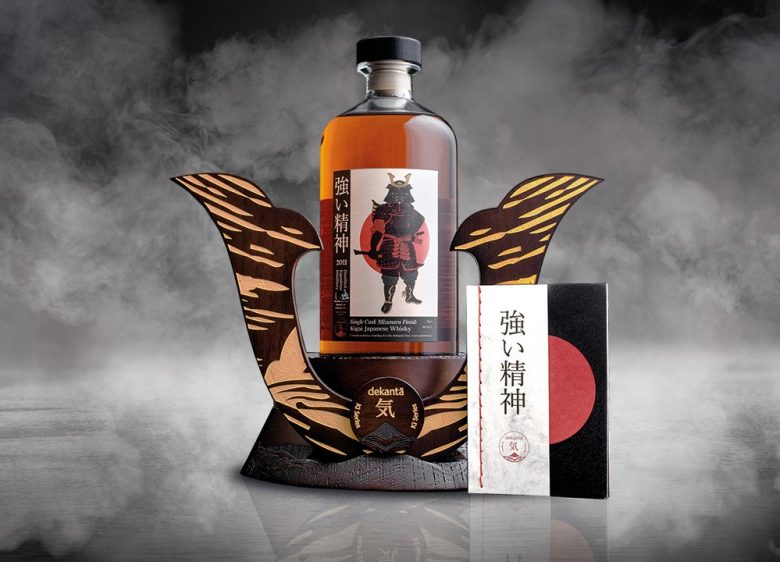 This private label, single cask whisky from dekantā, home to the world’s largest online inventory of Japanese whisky, has spent time maturing in a cask freshly emptied of Scotch whisky from the closed Port Ellen distillery, before being finished in a cask of Japanese Mizunara oak. The Eigashima 2011 Kigai – Ki Series (¥82,000 / USD $749.99; 60% ABV) is a highly limited release of only 352 bottles. dekantā unveiled the design of the new bottling as part of an exclusive event in central Tokyo, which was streamed to their online audience. It is the second release in the Ki Series of Japanese whiskies, the first of which was the Eigashima 2011 Kikou – Ki Series.

The Eigashima 2011 Kigai is the second in the Ki Series of independently bottled Japanese whiskies from dekantā, so called because each whisky in the series will explore an aspect of life imbued with the Japanese concept of Ki – one of the most meaningful words in the Japanese language. The label and packaging is inspired by a Shōgun military leader of the Samurai caste, and is so named Kigai, meaning ‘strong, willful and unshakeable’ in Japanese.

“In releasing our fourth anniversary whisky, we wanted to bring together Japanese whisky history with powerful aspects of wider Japanese cultural history,” said dekantā director Makiyo Masa. “The Kigai pays homage to the Scottish education of the ‘Father of Japanese Whisky’ Masataka Taketsuru with its smoky Port Ellen influence, while bringing the whisky firmly back into Japanese territory by the influence of the archetypal Japanese Mizunara wood. The Mizunara tree is the warrior of the Japanese forest, a difficult oak to work with, but a rare jewel imbued with Kigai, and so it brings the spirit of the Samurai to our second private bottling.”

OIV | rapport over wereldwijde wijnproductie in 2018