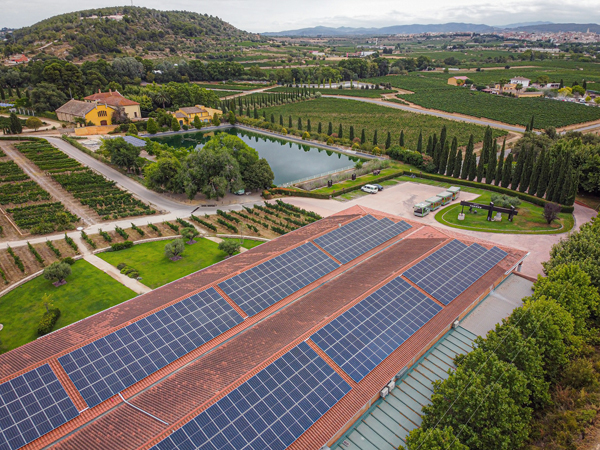 Familia Torres expects to be self-supplying 50% of the energy at its Pacs del Penedès winery by early 2023 thanks to the renewable energy it will produce at its facilities. As well as the solar panels and biomass boiler that have been in operation for several years now, four new photovoltaic projects will be added over the rest of this year and the beginning of next year, allowing the winery to become 50% self-sufficient in terms of its energy supply.

Familia Torres has completed the first of these projects, located on the roof of the building that houses the Wine Center, the El Celleret restaurant, and the Familia Torres Foundation Museum, on the iconic Mas La Plana estate. Another two projects will also be installed on rooftops on the winery premises, while the final one will be located on nearby land. In addition to the photovoltaic panels, the winery has had a biomass boiler since 2012, fired using vine shoots, vines, and forest material, which makes a significant contribution to the winery’s ability to generate its own energy.
For the family winery, self-generated renewable energy is key for fighting against climate change and achieving its target of reducing direct and indirect CO2 emissions by at least 60% by 2030 compared to 2008 and becoming a carbon-neutral winery before 2040.
According to Miguel A. Torres, President of Familia Torres and promoter of the Torres & Earth environmental programme: ‘We need to speed up and intensify the efforts to reduce CO2 emissions across all industries and at all levels. We’re facing a climate emergency that’s already irreversible, as shown by the heat waves and fires we’re suffering in Spain and all over southern European and that will occur more and more frequently. We need to decarbonize the economy urgently and try to adapt to the climate reality that can no longer be questioned by anyone’.
35% fewer CO2 emissions between 2008 and 2021

Torres & Earth is the environmental programme Familia Torres launched in 2008 with the aim of reducing its carbon footprint, adapting to the new climate scenario, and raising awareness about the severity of the situation. According to Familia Torres’ audited greenhouse gas balance sheet (Miguel Torres S.A., in this case), the winery reduced its CO2 emissions by 35% per bottle between 2008 and 2021 across its entire scope (scopes 1, 2, and 3), from the vineyard to the consumer.
Several factors have contributed to maintaining the emission reduction trend in recent years. On the one hand, the quantity of gases purchased for use in the wine production and storage processes has been lower, thanks in particular to producing our own nitrogen, mainly used in bottling, as well as capturing the CO2 from the fermentation of the wine to reuse it as an inert gas and thus keep the wine from oxidizing before it is bottled. On the other hand, the reduction of emissions achieved by various suppliers of auxiliary material, specifically, glass bottles, cardboard packaging, and corks, has also contributed to this result as the emissions generated by Familia Torres’ suppliers as a whole have a significant weight – around 90% – in the winery’s carbon footprint.

The project to plant trees in Chilean Patagonia was taken into account in the balance sheet for the first time in 2021; this project helps to offset the winery’s emissions with its own resources, as an additional emission-reducing measure. Since the Torres & Earth programme was launched, Familia Torres has invested around 17 million euros in climate change reduction and adaptation measures. Familia Torres has also driven the creation of associations to make progress collaboratively in the decarbonization of the industry: in 2019 Familia Torres cofounded International Wineries for Climate Action together with the Californian winery Jackson Family Wines, while in 2021 Familia Torres cofounded the Regenerative Viticulture Association to spread this agricultural model that maximizes vineyards’ ability to absorb atmospheric CO2 thanks to ground cover. 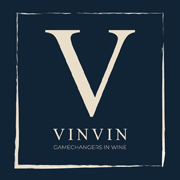 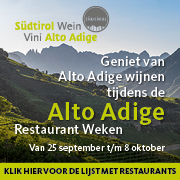